On 12th March 2018 in the Grey Gallery of Nowa Huta Cultural Centre in Cracow, took place an official opening of Focus on Fashion – international fashion photography exhibition – one of the events of Cracow Fashion Week 2018. In the exhibition participated graduates and students of School of Creative
Photography (organizer of the exhibition), as well as international guest photographers. Project was created in cooperation with Belgrade Photo Month and letmeitalianyou.com 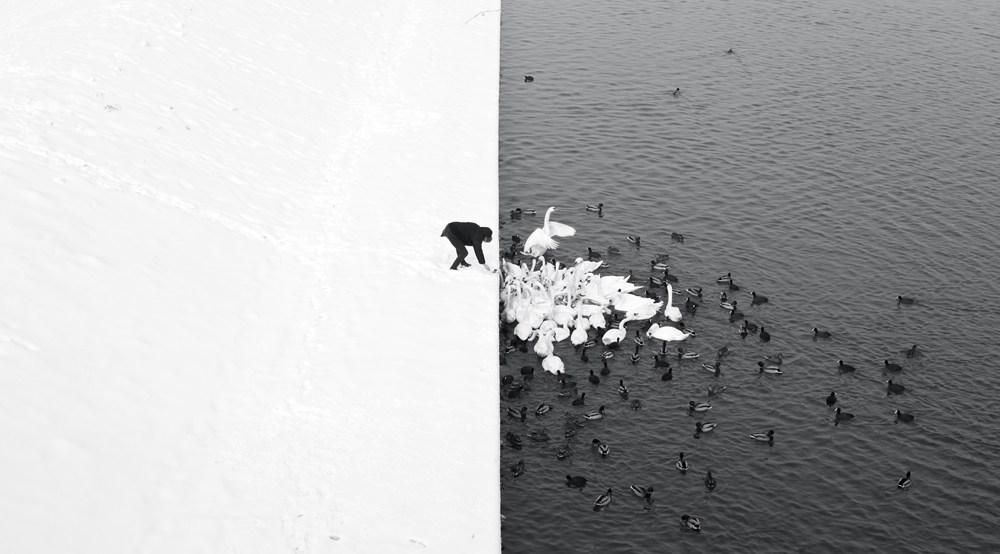 The photographic series “Simple World” consists of minimalistic and conceptual photographs that operate with symbols and feel instantly familiar. A minimum of form for a minimum of substance – that is their most salient characteristic and guiding idea. Originating in the real world, the images make formal reference to geometric figures, to simple lines and patterns. The black-and-white prints heighten the minimalistic qualities of the pictures. They are also a bow to the classical tradition of art photography.

Marcin Ryczek divides his oeuvre into two phases – process of discerning and process of expectancy. Discerning is an intense observation of reality and search for the unusual in apparently ordinary places. Expectancy is a quest for the moment in which something that constitutes visually tangible reflection of the artist’s personal considerations and meditations happens.

The photographs are of a metaphorical, ambiguous and universal character, hence activate imagination and encourage individual interpretations. 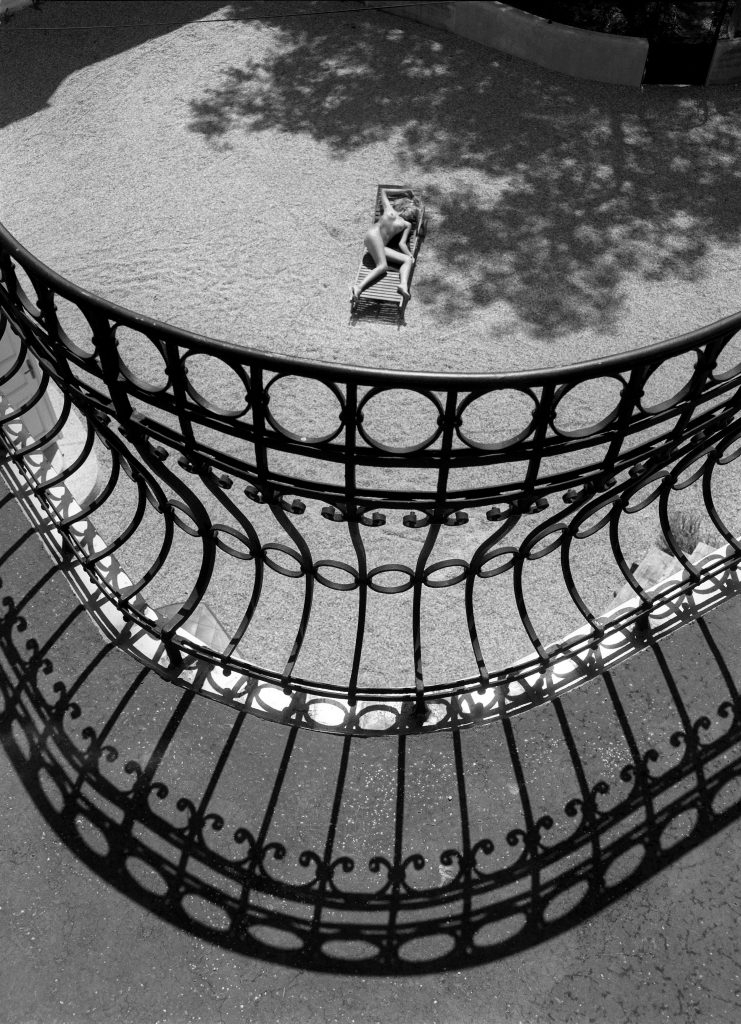 The Subtle Eroticism of A Photographic Story

Stanko Abadzic’s engagement in the medium of photography (taken up at the age of fifteen, pursued professionally since 1995) provides excellent evidence to the artistic, technical and technological possibilities of the photographic mode of expression. He achieves exceptional vividness and appeal through an authentic aesthetic dimension, visual clarity, legibility and powerful communicational dialogue. After the photographic collections based on city motifs (Prague, Paris, Berlin, Zagreb), he has focused his perception on the beauty and harmony of the female body. In Nudes, he has elevated it to the level of perfect visual form. There are three important aspects of his approach to the subject of the female nude: ordinary girls (not professional models) are posing for him, there is no styling or pronounced application of make-up, he makes no use of artificial lighting. In this personal, subjective photographic story he speaks about the ideal of beauty, about the enticing and the seductive in its natural intimacy and identity, about a woman’s nakedness which is not unseemly, about fanciful values, a subtle eroticism and a refined sensuality, but not in the manner of stereotypical photoshopped advertisements of populist media. As a separate fact he imposes a particular register of black and white tones, a treatment of daily light, and an atmosphere of refined sfumatos.

The nudes emanate, above all, a relation of light and shadow, taken over by photography from painting: skilful use of exclusively natural lighting which sheds soft light on the figures, fluid tonal shades and gradations of light, soft unfolding into space, insertion of shadows in the mild slopes of the body, tangibility of surface and the body’s almost polished smoothness, tectonics of the frame, artistic aestheticization focused on ambiance and minute details. He almost ascribes more importance to the invisible, to that which the camera has miraculously registered in the deep, impenetrable shadows.

Meticulousness and deliberation are invested in the frames of all photographs. He gives a great deal of thought to the right and genuine moment of activity in the frame: the singling out of details in the geometricized background of the photograph, the contrasting of light and dark parts, the affluence of optic effects, picturesque surfaces and textures, the emphasizing of gracile positions of the woman in intimate interiors or in nature (most often on a sand beach by the sea). He tackles the same problems as the painters: light, composition, fitting arrangement of space and the human figure in space (which he treats almost as a sculptor, with an exceptional feel for the moment and for details). His logic is to provoke tension, but we easily recognize a taste for tranquil intimate accords, for metaphysical peace and quiet. What a master he is at transforming the central motif of the female nude and the surrounding space into silence! We do not see the author, but we feel that he is also in the frame.

Abadžić’s line in new Croatian art photography is characterized by an almost scientific precision, fascination with beauty, and belief that photography both records and transforms reality. Nudes is one his most attractive collections. It is a project with a guiding line, one that encompasses an integral story, vibrancy and a firm viewpoint. And it evokes aesthetic judgement. Still, its ultimate goal is systematic construction of a distinct creative personality, and so the nudes are not only representations of the beauty and sensuality of the female body. They are, first and foremost, facts of the author’s distinct expressiveness, of the calm, strict and perfectionist visual aesthetics of black and white relations resolved only in the encounter of light and shadows. The glamorous impressionistic imagery affirms that his creative poetic quality ranks among the very finest in the medium of photography. 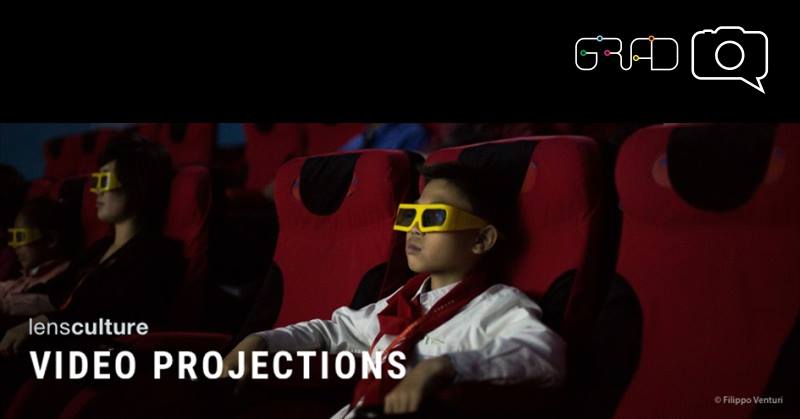 For first time LensCulture collaborate with Belgrade Photo Month.
During 30 min, with Ruben van der S works on the wall, we will present LensCulture videos.

Come, enjoy, and don’t stop to participate in LensCulture open calls. Thousands of eyes will see your work! 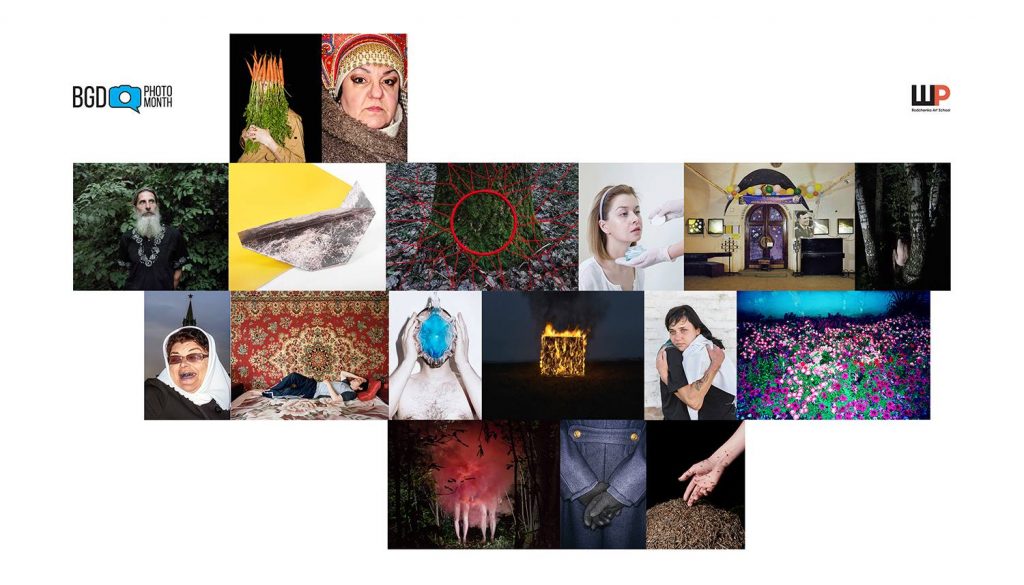 Program: Short talk about activities of Rodchenko Art School, screening of works by Russian photographers, including artists presented at the exhibition Connections. (The exhibition is curated by Olga and takes place at gallery Kvaka 22, 25/04 – 10/05).

Please note that the April 27th, at 19h, exhibition in TransformArt gallery featuring Szilvia Mucsy photography has been cancelled due to circumstances unrelated to the festival “Belgrade Photo Month” and the gallery. 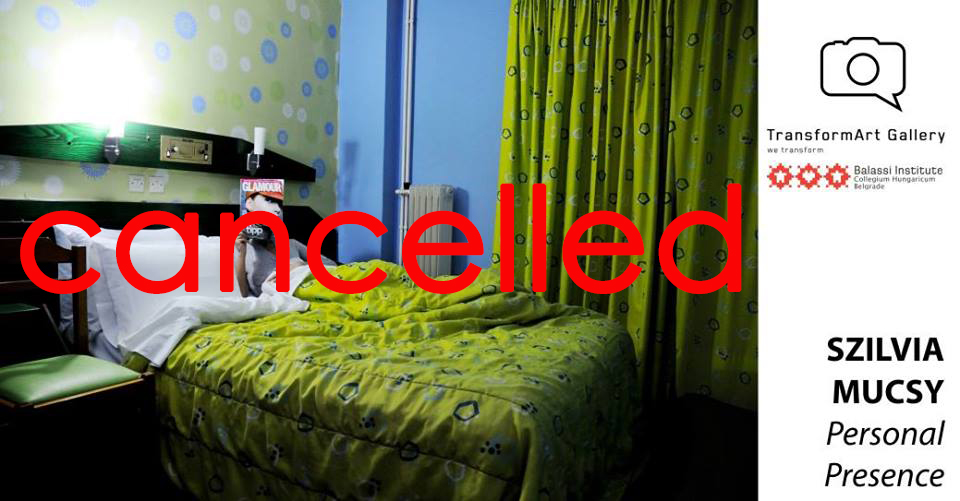 This narrative is about the personal presence and the he lack of the presence. Reality and reflections, private diary and personal snapshots to preserve the moment by various of contemporary issue: Urban landscapes, private photography, cultural and social subjects…
A private documentary about different homes, impersonal hotel rooms, temporary accommodation in different European locations, as an inner observing, called HOME, and a visual diary of the outsite reality: the landscapes and everyday scenes as reflections into the experienced moment. Observation, the relation between reality and the inner world. 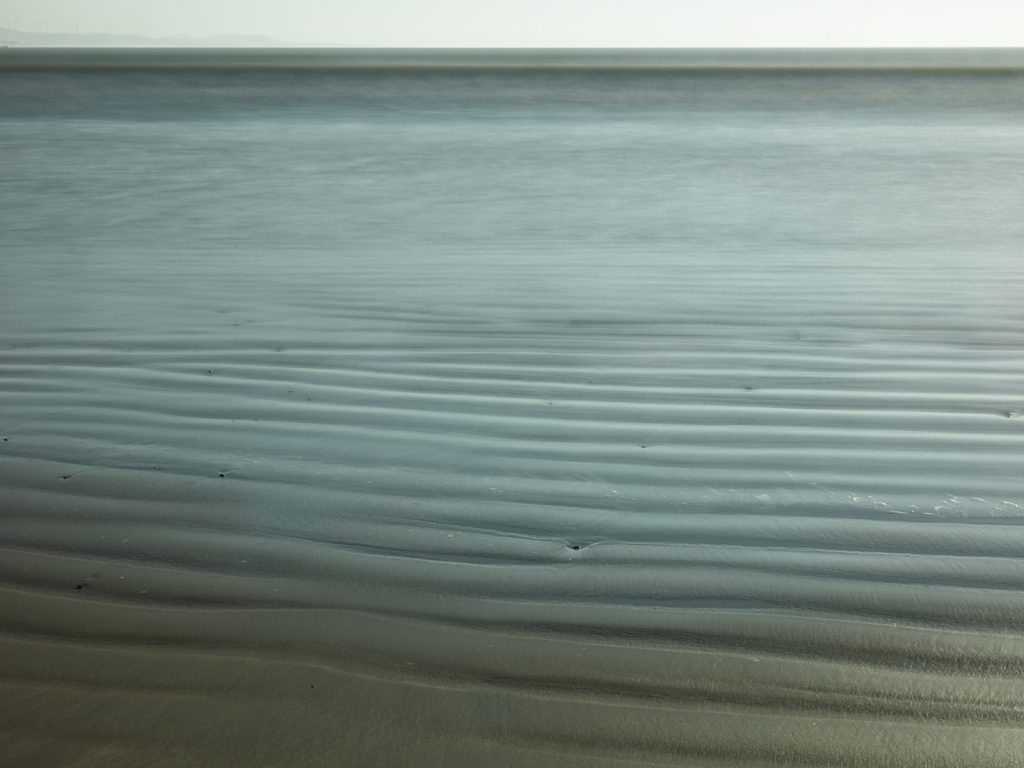 A crest of ocean water resulting from tidal forces.

Tide is a term used to define the alternating rise and fall in sea level produced by the gravitational attraction of the moon and the sun.
The moon tries to pull at anything on the Earth to bring it closer but the Earth is able to hold everything – except the water around us and water that we are.
Each day, there are two high tides and two low tides. The high tides occur when the moon reaches the high point in the sky – lunar zenith.

These photos were created in Morocco, on the Atlantic coast, in a process of observing and following ocean breathing, luminescence, its mood and overflow, shaded by author thoughts and feelings. 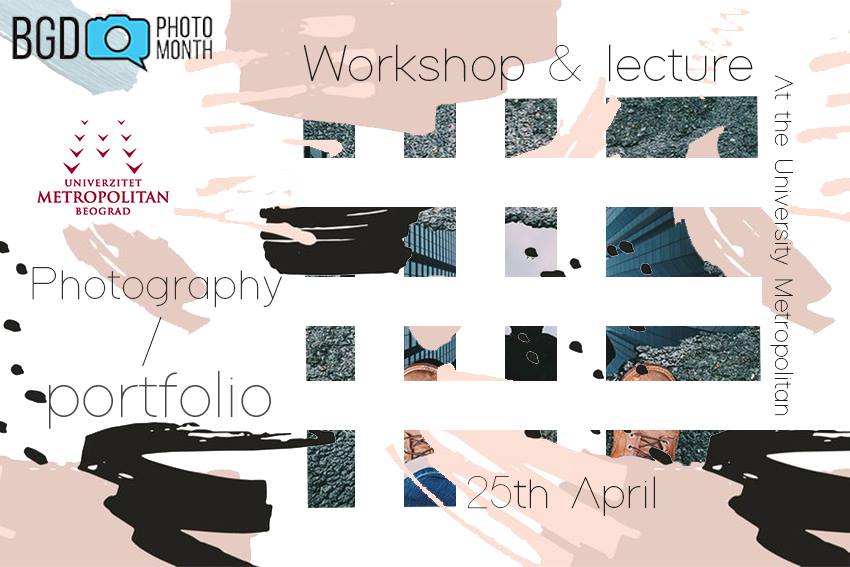 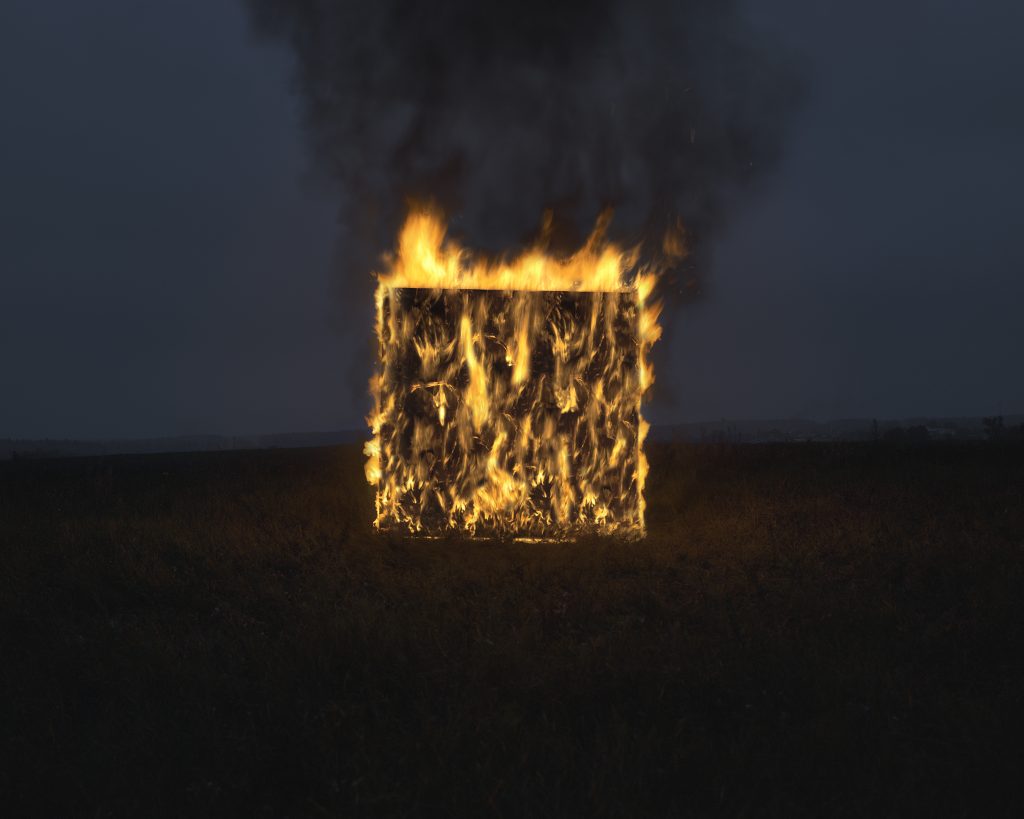 The Geometry Workshop is a creative platform designed for all students at the Department of Landscape Architecture and Horticulture, where they have the opportunity to develop and express their creative inclinations through exploration of geometry, various forms and compositions, visually interpreting their works in different ways.

The Head of the Geometry Workshop is dr Biljana Jović, docent at the Faculty of Forestry, University of Belgrade.

Participants of Geometry Workshop explored the beauties of natural geometric patterns around as. They will through a visual approach introduce observers into the world of visible and invisible geometry of nature at this year’s exhibition at the Belgrade Photo Month Festival.