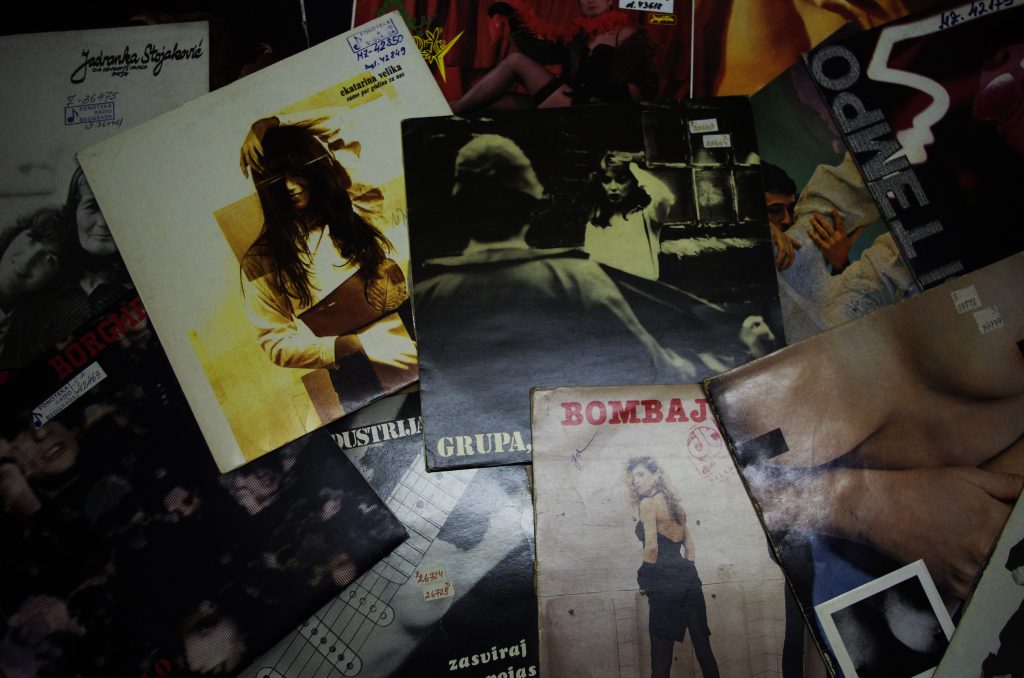 Between the 1960s and the early 1990s a vast array of vinyl were released by a great assortment of rock musicians, creating a powerful and influential music scene. The photographs and designs that packaged the single and LP releases from that period are still worthy of our attention and attract much interest. The plethora of vinyl releases from this period also provided us with a wide range of visual designs to cast our eyes over whilst enjoying the music, from the romantic, grotesque, provocative and censured, through to classical art photographs, the funny and even at times non inspirational art. Many are now recognised as design masterpieces and this retrospective aims to highlight a small part of that history.

The collectors’ passion for this period of vinyl releases is still visible today and the “A Long, Long Time Ago…” exhibition displays some of the rich aesthetics created in that period that still hold our attention in the present day.
The exhibition is a result of collaboration between Radio Belgrade’s Sound Archive and Belgrade Photo Month. 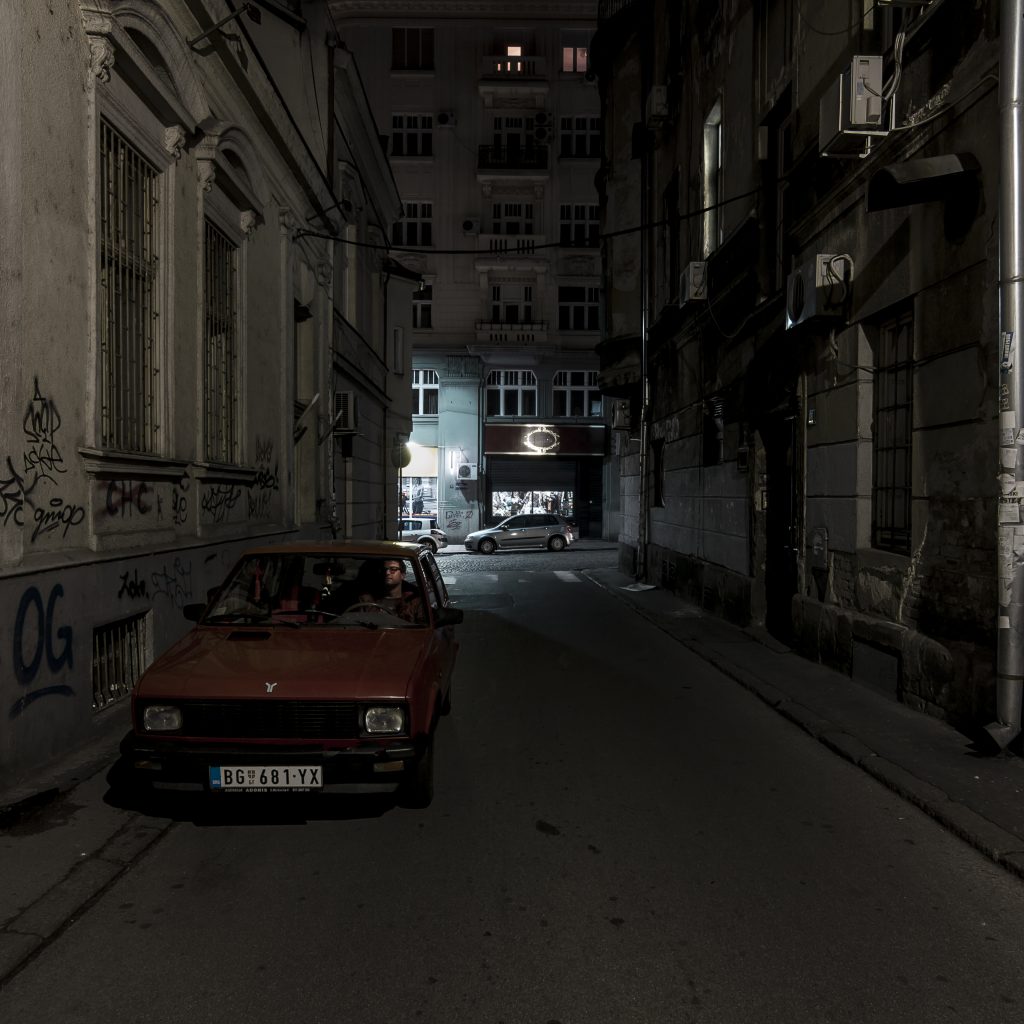 During his exchange studies in Finland (3rd year of the Art & Crossmedia Design course at the AKI) Ruben frequently found himself awake while the rest of mankind would be deeply asleep. He would take his camera out into the dark streets of Helsinki and started photographing the abandoned unseen world scarcely lit by streetlights. Darkness disturbed by the partial illumination of sodium-, mercury- and LED-lights creates a world that is rarely observed by most of us.

We have to go back all the way to 1933 when Brassaï published his pièce de résistance ‘Paris de Nuit’ to understand that photography and darkness are not the best of friends, but when combined in an intelligent and creative way, can result in utmost beauty. Brassaï looked at and photographed a city so well known by the whole world, in a way only few people had observed it: at night. It would become his most famous and sought after work and he earned his nickname “The Eye of Paris”, given to him by Henry Miller.

Ruben’s “Insomnia” is an ongoing project about darkness, light, sleeplessness and beauty that has so far been photographed in Helsinki, Lyon and Belgrade. 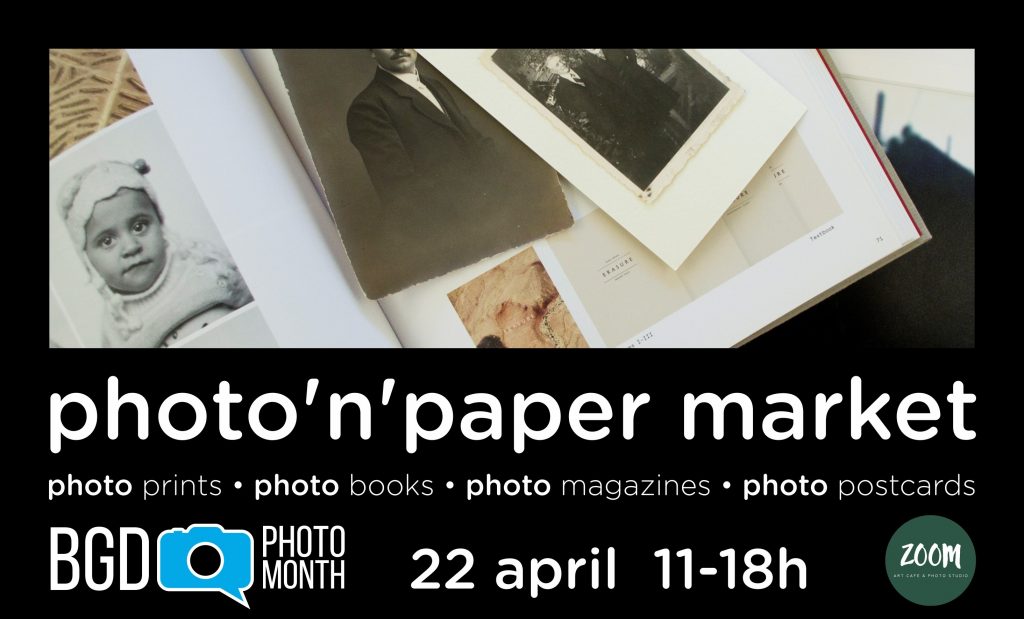 The idea of this market is to promote and sell photography in varied formats. Prints, books, postcards, notebooks, etc… will be available. Items such as film and photography equipment will not be available for sale at this market.

Tonight, 21st April 2018 at 19h, opening of photography exhibition “To save you” by Mila Pejić, Meduza, Gospodar Jevremova 6 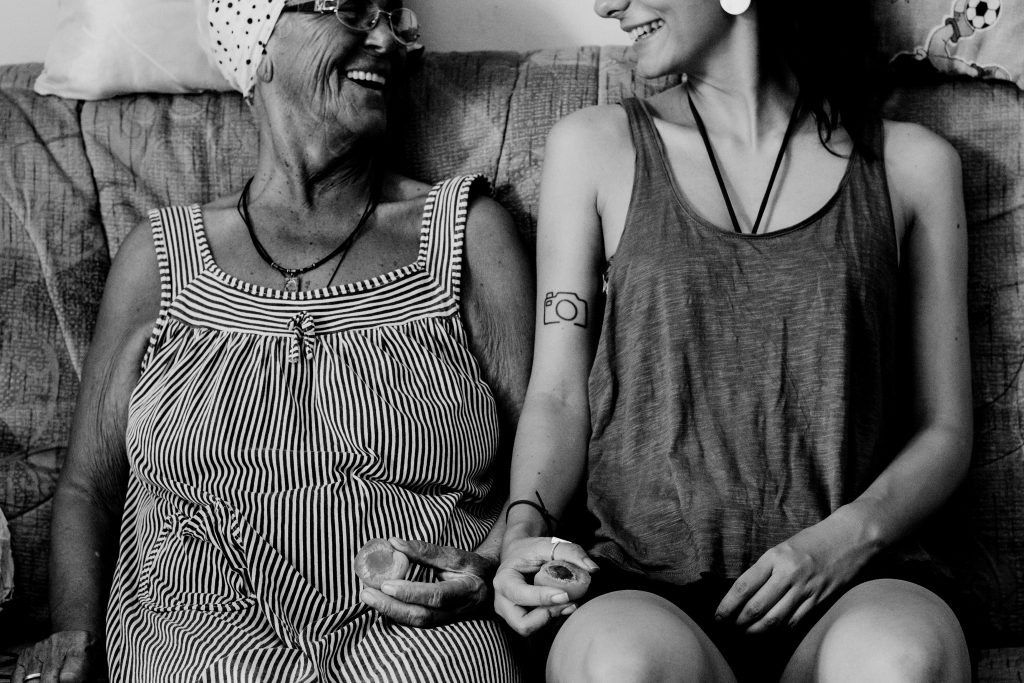 A series of intimate family photographs featuring my grandmother – a person I would like to forever encapsulate in my memories. Grandmother represents the only person in my family who I can entirely relate to – the way we dress, the way we live our lives… the things we love to enjoy. This series of photographs is open and I continue to create more of them on a daily basis, knowing some day each of them will represent a relic. A series about love and tenderness. 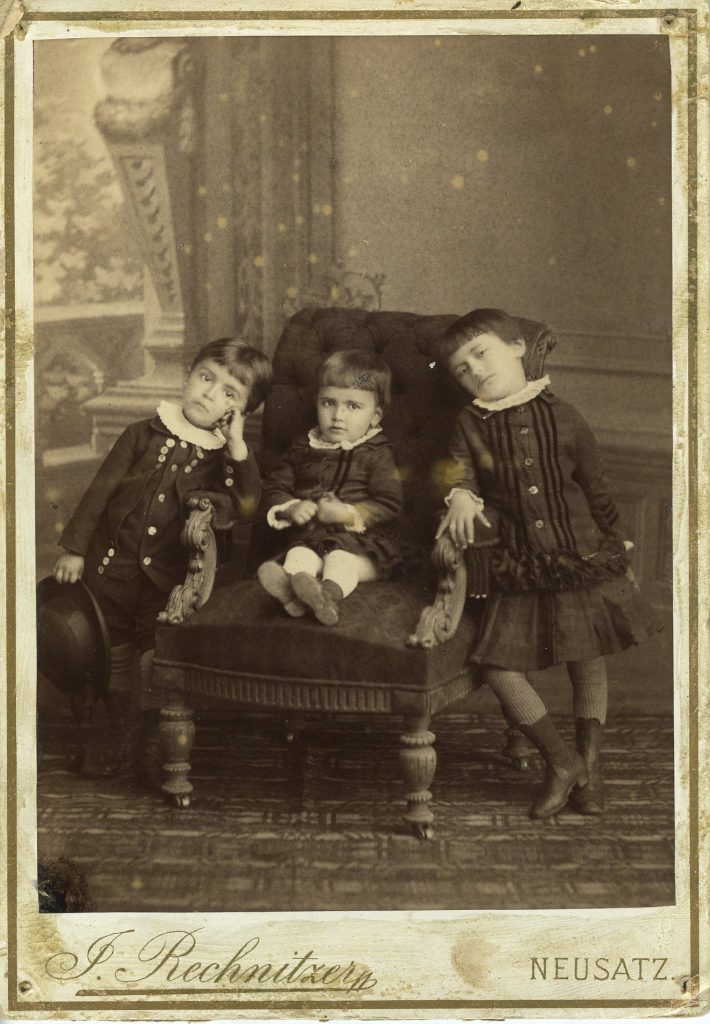 The exhibition is sampled of portrait photographies created in the early Novi Sad photographic studios, during the 19th century, which have been preserved in the depository of the City Museum of Novi Sad. The masters of photography from this period took numerous portraits of generations of men and women that resided in Novi Sad who used this opportunity to firmly uphold their own newly established position as members of civil class. These original photographies, displayed at the exhibition, offer an insight not only into technical and aesthetic development of portrait photography in the 19th century, but also into material and social culture of the time. The selected photographies are followed by the descriptions about the exciting lives and business ventures of the photographers, as well as the ads from the press which served as the means of promotion. 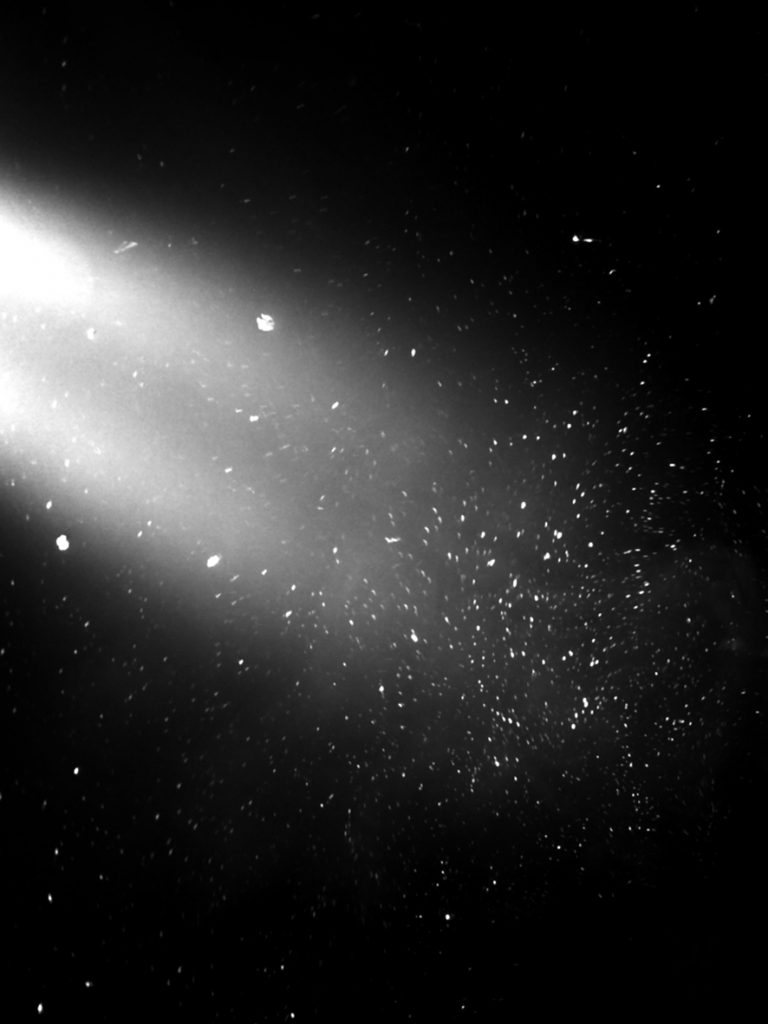 Traveling is not only a state of geographic mobility, it can also be an internal state, reflexive, an interior glance that has its own time and its own images that spring from the imaginary.

Photography can represent the world but not the imaginary. It’s here where artists situate themselves and gamble for photography as a means to get to that imaginary inexistent of the real – making it palpable, sensible and intimate with proposals.

Whether it is for a re-creation of broken sentiments where destiny is decisive to continue, or finalize, or a longing for the faded memories of a city that one felt and suffered, nostalgia for the memories that I would like to move in the distance and recover from that distance, or delve deeply into profound sentiments of the everyday and decide to travel inward in order to see myself and recognize between memory and the existence of time.

These are forms of moving with the knowledge that traveling is not only physical, but also interior and reflexive in order to arrive to the awareness of being sensible.

Tonight, 19th April 2018 at 20h, opening of photography exhibition “At 3 AM” by Ivan Blazhev, TransformArt Gallery, Svetog Save 8 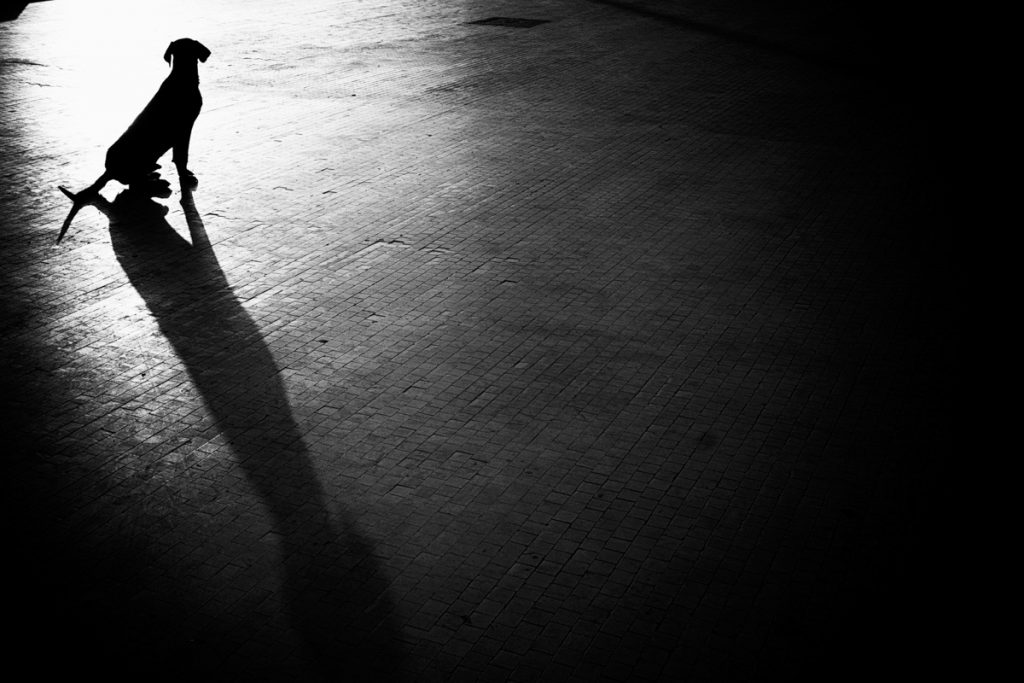 Ivan Blazhev was born in 1974 in Skopje, Macedonia. He has graduated from Brooklyn College (NYC, USA) with BA in Filmmaking and holds an MFA degree in Photography from the Academy of Arts of Novi Sad (Serbia). Works as a photographer, filmmaker and educator. He has exhibited his work at national and international museum and gallery venues. In 2008 his project Macedonia Dreaming was part of Beyond Walls – Eastern Europe after 1989 program at the Noorderlicht Photo Festival in the Netherlands. In 2011 he was featured in the exhibition Fragments: Macedonian art scene 1991 – 2011 at the Museum of Contemporary Art – Skopje. Blazhev has published five photographic books.

“…and in a real dark night of the soul it is always three o’clock in the morning, day after day. At that hour the tendency is to refuse to face things as long as possible by retiring into an infantile dream – but one is continually startled out of this by various contacts with the world.” – writes F. Scott Fitzgerald in his book “The Crack-up”. Borrowing its title and theme from this reference, the project “At 3 a.m.” refers to this particular time of the day not as an indication of the time when the photographs of Skopje may have been taken. This temporal reference is more so, a parameter of the spiritual state and time we live in.

Under the auspices of “SK-2014” a curious proliferation of statues, monuments and neo-classical and baroque architecture have been popping up across the Macedonian capital during the last few years. As a result of this still ongoing project, Macedonia’s capital Skopje has been built, torn apart, rebuilt, covered and masked, undergoing a facelift beyond recognition. But the facelift goes much deeper under the surface. SK-2014 is a revisionist project which has been rewriting the history of the city and it has been redefining the identity. Much debated and with strong international and local opposition, the project has been under the scrutiny of the public, but nevertheless the government continued with the project, deeply carving through the Skopje urban landscape.

“At 3 a.m.” is a personal photographic narrative of confrontation, transformation and intimate battle, documenting the trauma from the abrupt changes to the face of the city. Photographing the changing urban landscape, as well as the human landscape within it, is an effort to make sense of the new reality, of coming to terms with the city. It is a way of exploring Skopje, finding a way through the new landscape and trying to understand its new face, its new skin and what is under it. It is not a project about documenting the change, but rather it is a project about the psychological impact of the change and a search for a sense of identity and community within the new landscape. The project represents photographer’s personal gaze into memories, changes and socio-political impact on the individual and the community.

Tonight, 19th April 2018 at 19h, opening of photography exhibition “Lalibela – A Journey to the Jerusalem of Africa” by Gali Tibon, The Museum of African Art, Andre Nikolića 14 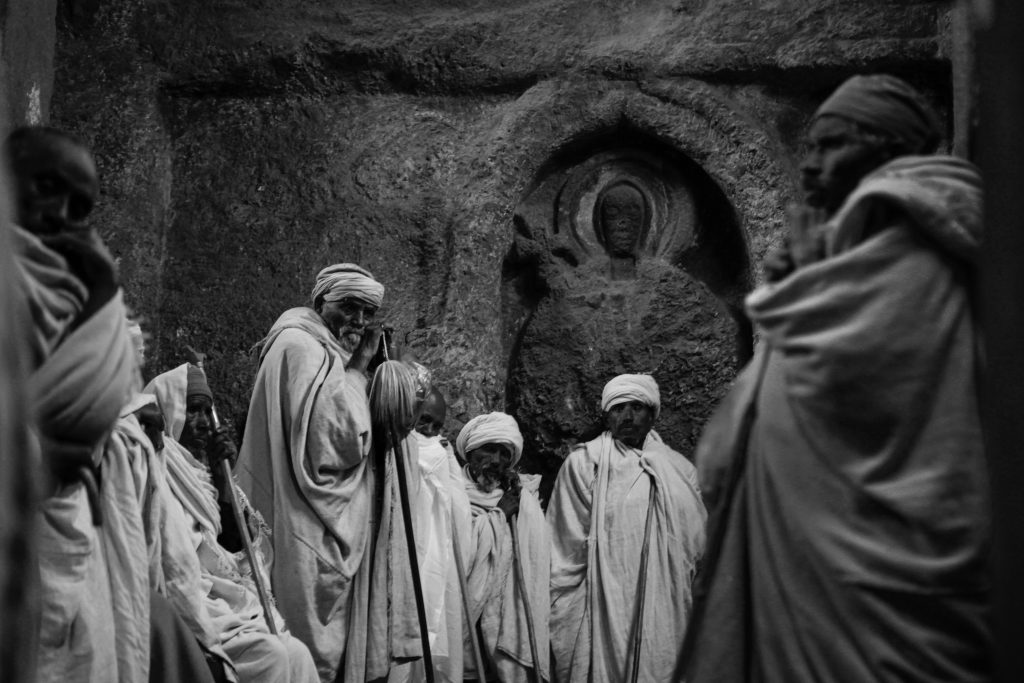 Ethiopia is one of the oldest Christian countries in the world, where Christianity was officially recognised as a religion in the 4th century. Today, the Ethiopian Orthodox Tewahedo Church gathers over 40 million believers.

The Christian tradition is inextricably linked with this country’s culture and history. The holiest city and the most significant centre of pilgrimage is Lalibela, a little town situated in the northern mountainous area of Lasta, visited every year by large numbers of local believers, but increasingly also by foreign visitors.

Eleven monolithic churches, assumed to have been built during the reign of King Lalibela (12-13th century), were carved out of a soft red volcanic rock, below ground level, and connected through a network of tunnels and subterranean passages. Their construction represents an extraordinary architectural achievement, and since 1978, the churches have been under the protection of UNESCO. The spatial layout of the churches, which are grouped into two clusters, and the very name of the river Yordanos that divides them, are reminiscent of Jerusalem, imbuing the entire setting with an almost biblical aura. Since the 12th century when the churches were erected, religious services have been held without interruption.

GALI Tibbon photographer is an award-winning photographer based in Jerusalem. In 2013 she was named Travel Photographer of the Year at the Sony World Photography Awards (WPO) in London for her documentary work on Lalibela, Ethiopia. Among her many awards are: the Moscow International Photo Award, Fotoweek DC, she is a two-time winner of the UNESCO Humanity Photo Award, and a National Geographic photo contest finalist (etc.). Her work explores the theme of religion, focusing on faith, capturing the spiritual and abstract emotions of the believers into her stills as she travels around the globe. Tibbon’s images are published regularly in renowned magazines and newspapers worldwide (Geo, National Geographic, Newsweek, Elle, Time, etc.). Her pictures are exhibited in museums, galleries and prestigious international photo festivals.

The exhibition is the result of the cooperation between the Museum of African Art, Belgrade Fortress and Belgrade Photo Month. 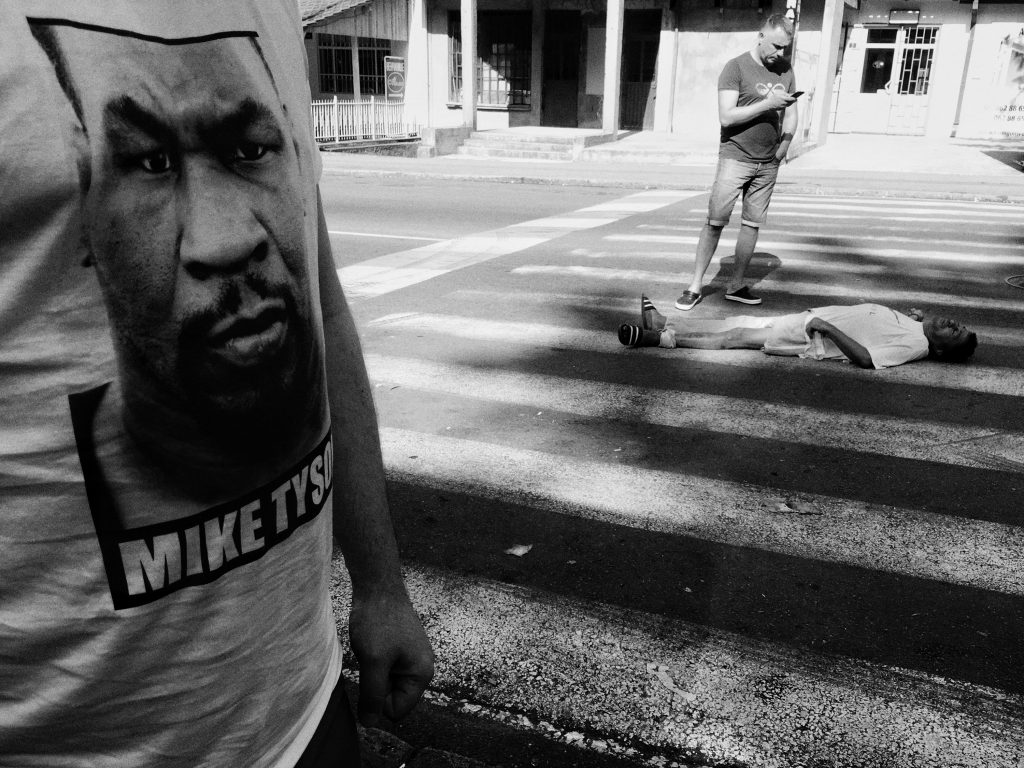 Many things doesn’t looks like we want to see them. Or it doesn’t suit us to present them the way they really are. Sometimes raw, sometimes brutal, quite on the edge. But so outgiving, truth and full of life. Welcome to Karaburma. My ghetto. A place of restless spirit and very kind people. A place of vivid extremes, which street and social aesthetic I was documenting during past five years. Welcome to my personal Bronx. 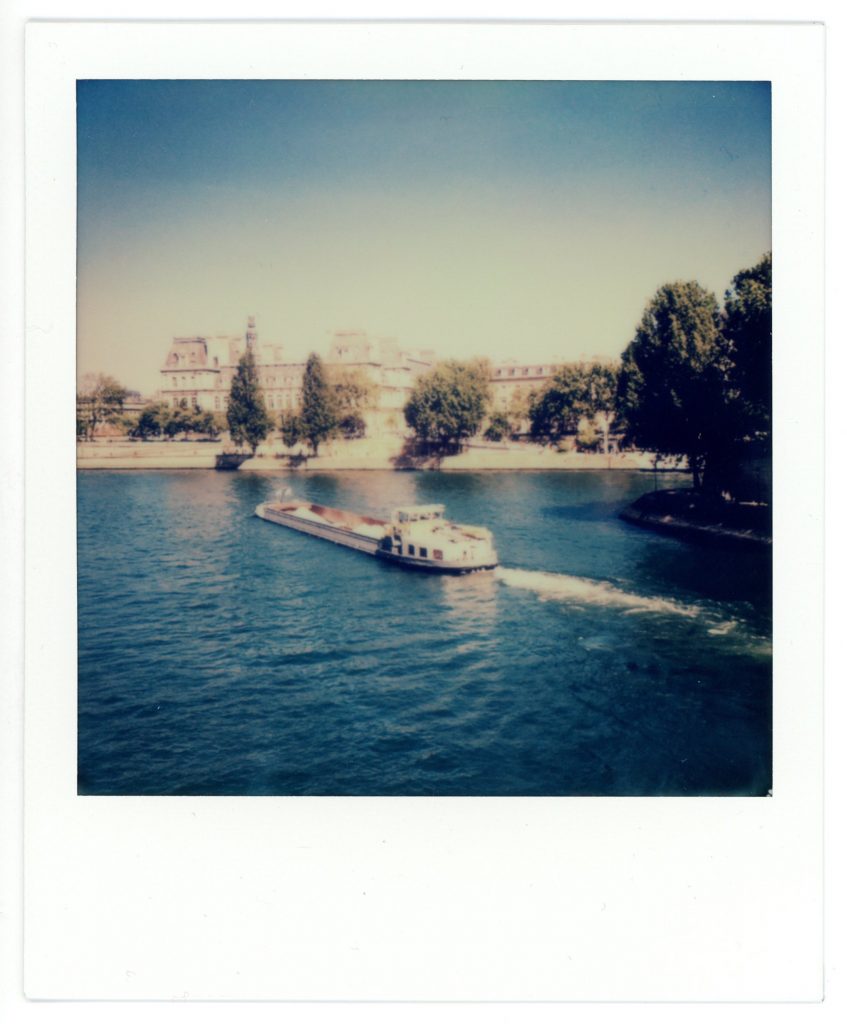 Exhibition “My Paris in Polaroids” is a collection of Polaroid instant photographs of Paris, “city of light”. During the exhibition there will be organized workshops supported by Polaroid Originals company.