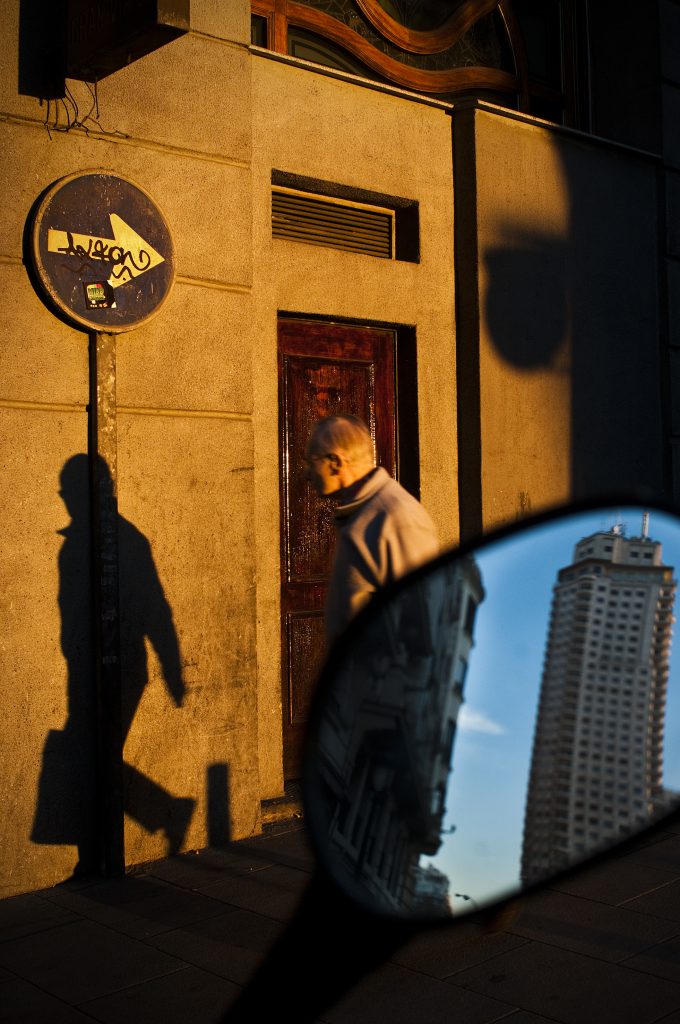 The centenary Gran Vía is one of the main arteries of the city of Madrid and one of its most emblematic avenues. Its creation, between 1910 and 1931, marked the beginning of the modernization of the city with the construction of the first skyscrapers in the country and the incursion of the architectural currents of the moment.

The photographs that make up this exhibition constitute remnants of life that compress space, time and memory in the form of a snapshot. They are day-to-day images taken from the fugacity and that explore the dynamic intersection between the subject and time, the real and the surreal, in street scenes disarticulated adrift.

Luis Camacho was born in Madrid in 1972. He is a member of the documentary photography collective Calle 35 and founder of the Villaverde Photographic Association. In his work as a photojournalist he has published in the majority of print media in Spain and has received awards such as FotoCam Comunidad de Madrid in 2013 with the image entitled ‘Madrid is light’, which is part of this exhibition.

The exhibition, which will be open until June 20, is part of the Belgrade Photo Month program.